The LAMMA Innovation Awards recognise and give exposure to some of the best advances in agricultural manufacturing. They provide a platform for exhibitors to introduce ground-breaking innovation in agricultural machinery, technology, equipment and services to the market.

The 2020 awards are now closed and winners have been announced - see below for details.  Winners were on display on the Innovation Trail during LAMMA

Entries are judged by an independent panel of industry experts according to a range of criteria including design innovation, practical impact, the sustainability of the product and its impact on the environment.

Register your interest for the 2021 awards here

Supported by Institute of Agricultural Engineers 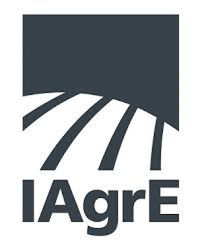 To include tractor, loader, 4x4, ATV, UTV and commercial vehicle developments, along with associated components, such as tyres, transmissions and engines.

To include all crop protection machinery and technology such as cultivators, drills, planters, harvesters, transport equipment, storage, drying and processing

To include any machine or piece of technology which can be used outside of agriculture but beneficial to a farmer or contractor as a diversification business, such as forestry, renewable, construction, municipal and amenity equipment. 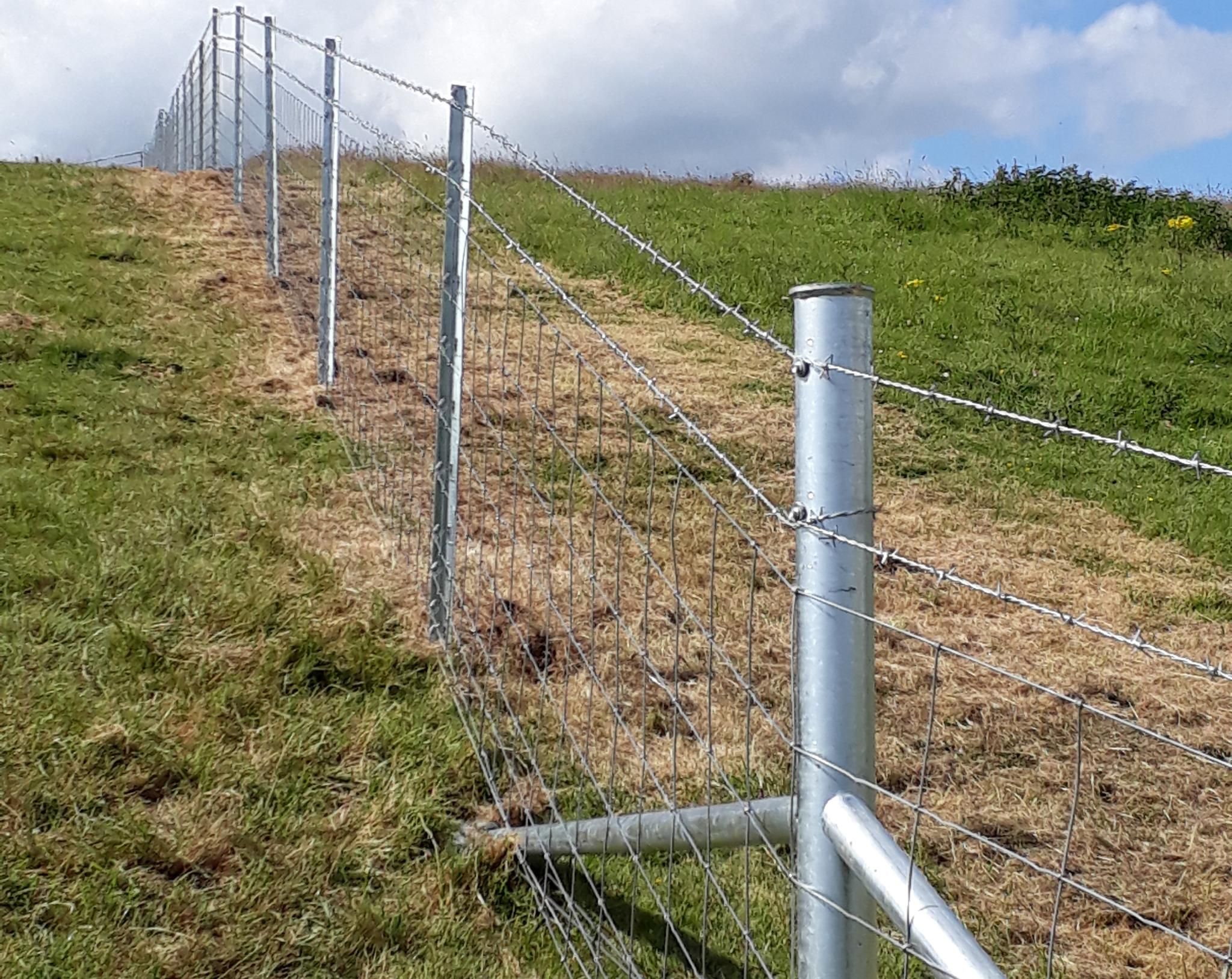 What appealed to the judges was the value for money in relation to its life expectancy (and if needed recyclability) of the durable fencing system.  Innovation can be simple. Every strand could be held by the catch system. Compared to timber posts the fence system deemed to offer longevity and ease of maintenance.  Compared to other metal systems – no fiddly components to break/lose. 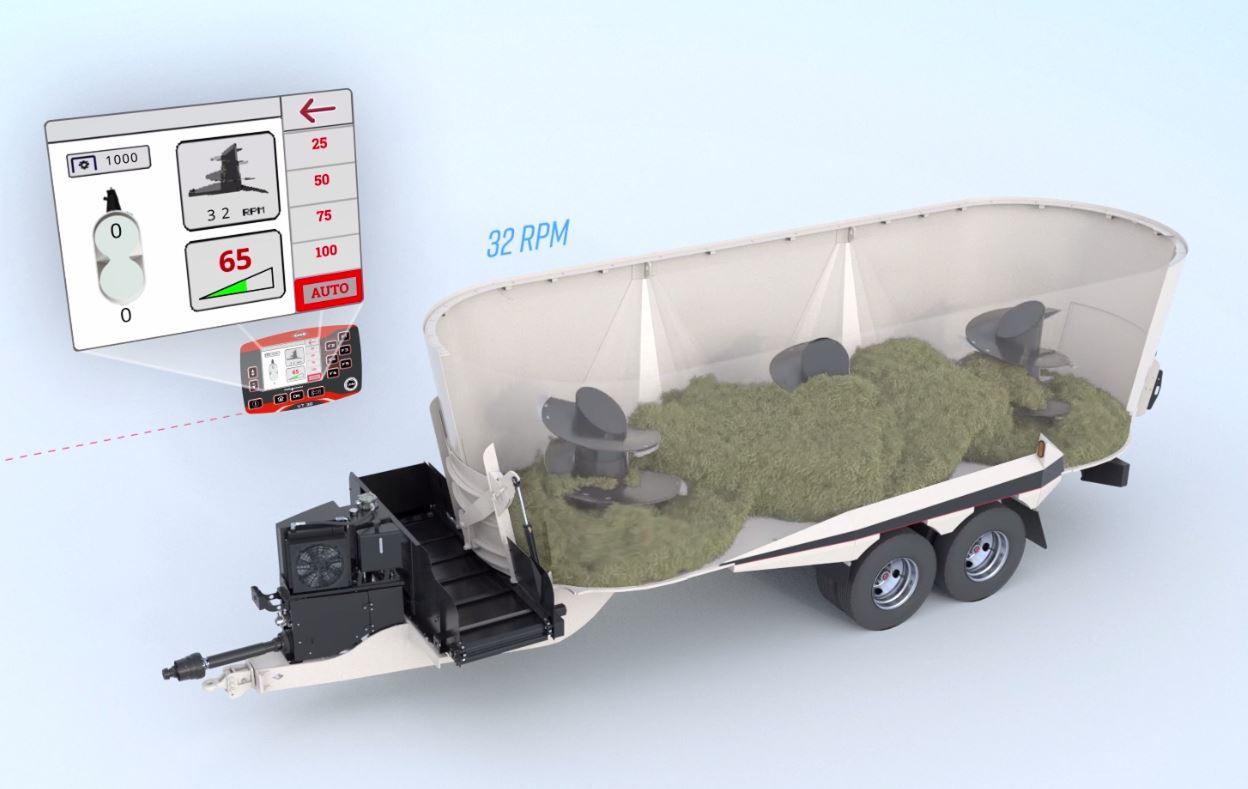 Allows a small hp tractor to operate 3 auger mixer wagon putting less strain on the PTO and engine of the tractor.  Also reduces the strain on the gearbox and running gear of the wagon. Opportunity for farmers to upgrade the wagon without changing the tractor. 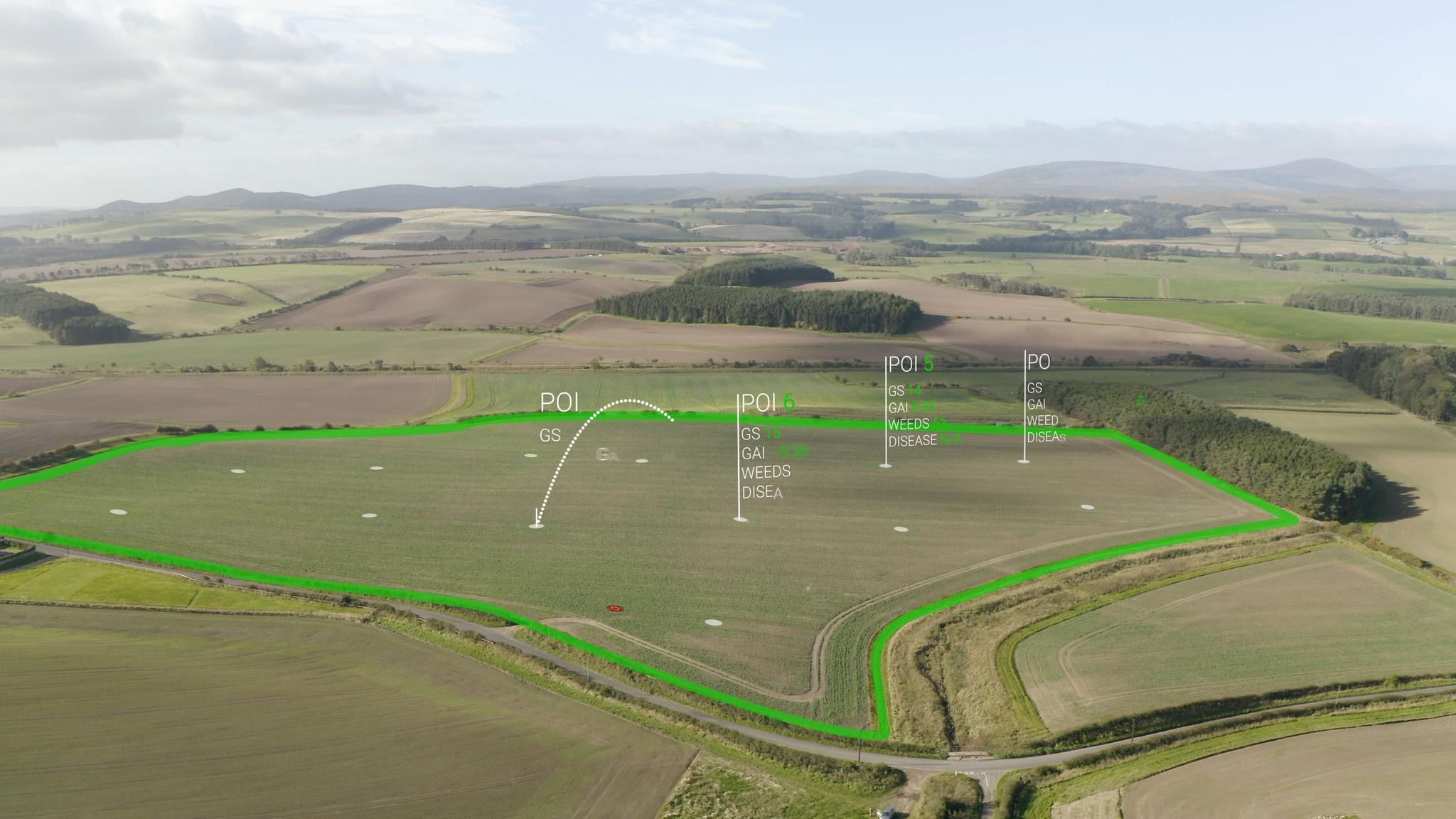 The winner of this year for the future innovation category goes to Drone Ag for the Skippy Scout App, we judged it as a practical and cost effective method for assessing weeds and disease levels throughout an arable crop, providing farmers with an immediate and readily accessible analysed vied of each field 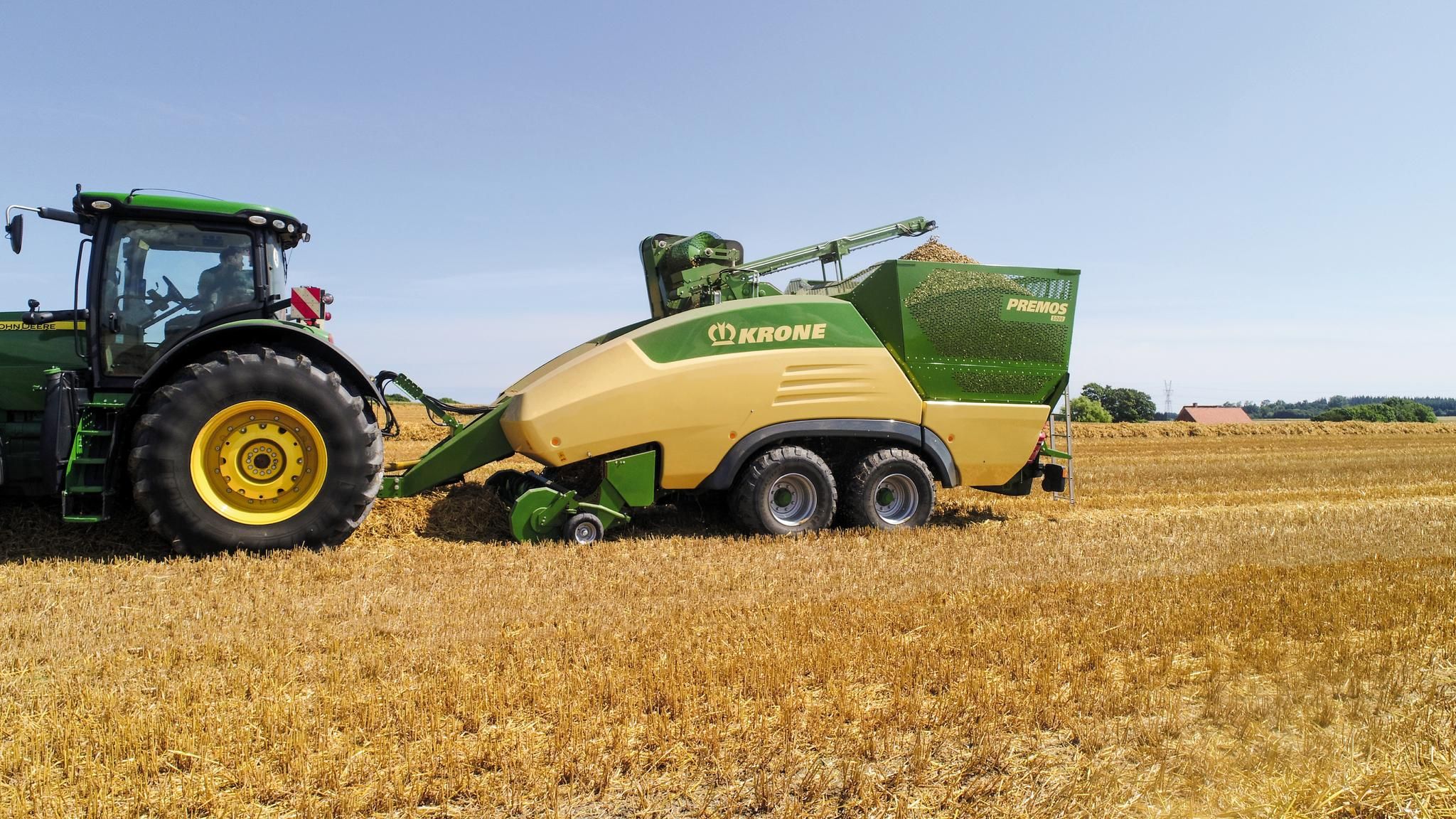 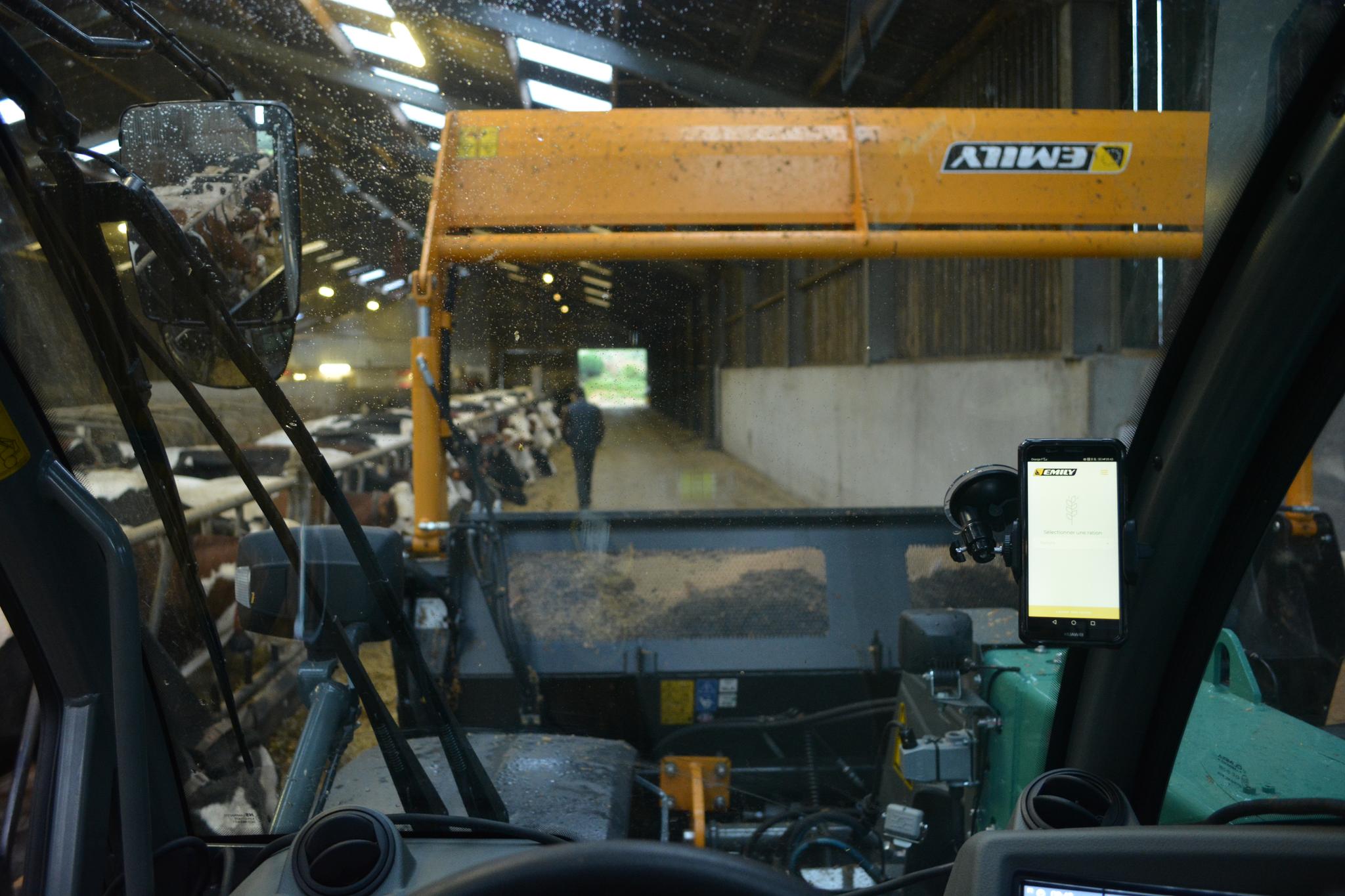 Emily feed application has been developed for farmers to make easier, the inherent daily calculations in livestock feeding  - for almost any group of animals and can be used with a very wide range of merchandised mixing and feeding equipment AND is ‘free of charge’.  Benefits to all users include, time saving, accurate and no need to change existing systems, its very adaptable in calculating quantities distributed, very user friendly. 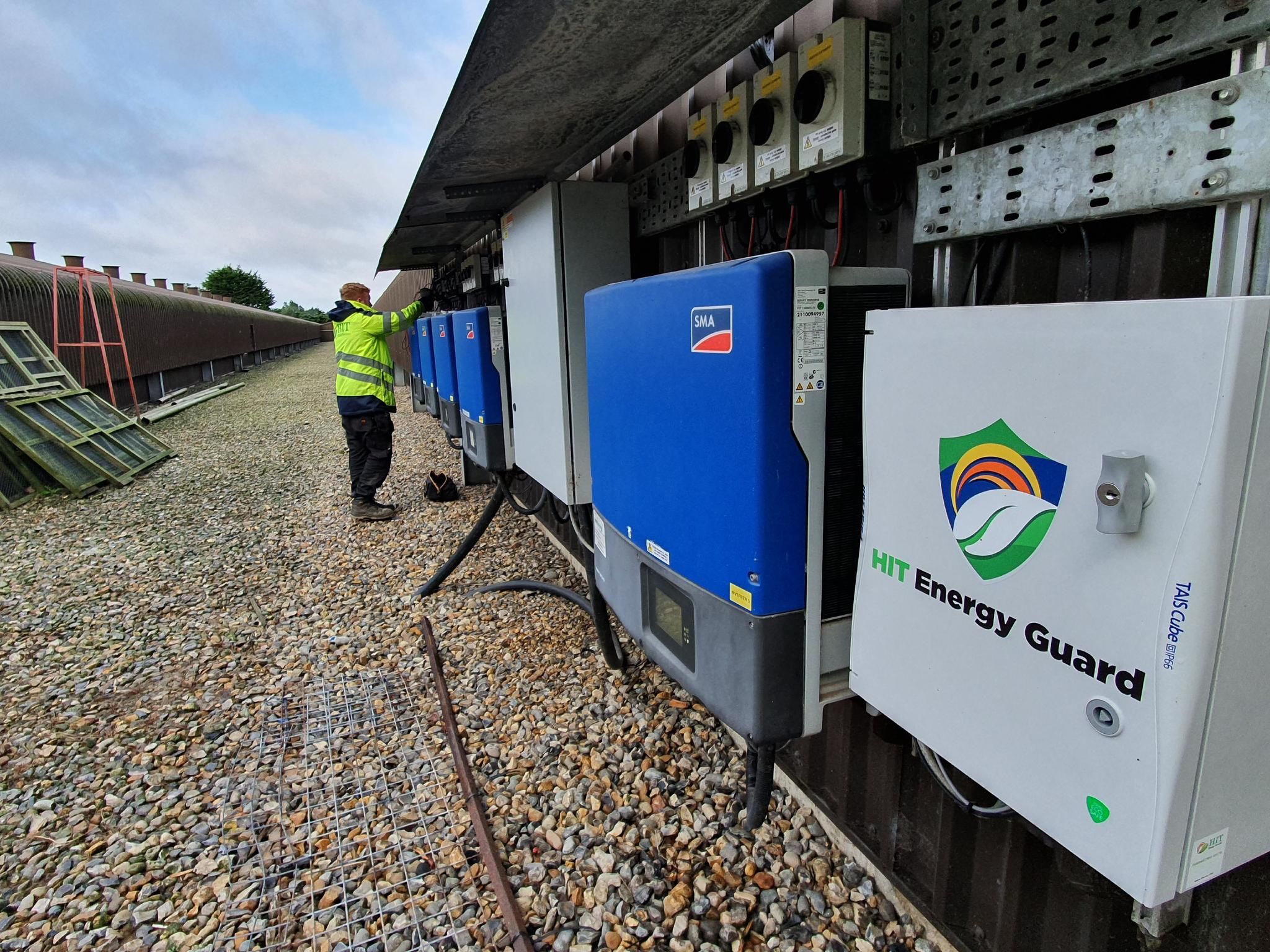 Is a system designed to ensure that all solar panels where ever fitted are generating as much green energy as possible it operating at 100% efficiency, ensuring maximum revenue. 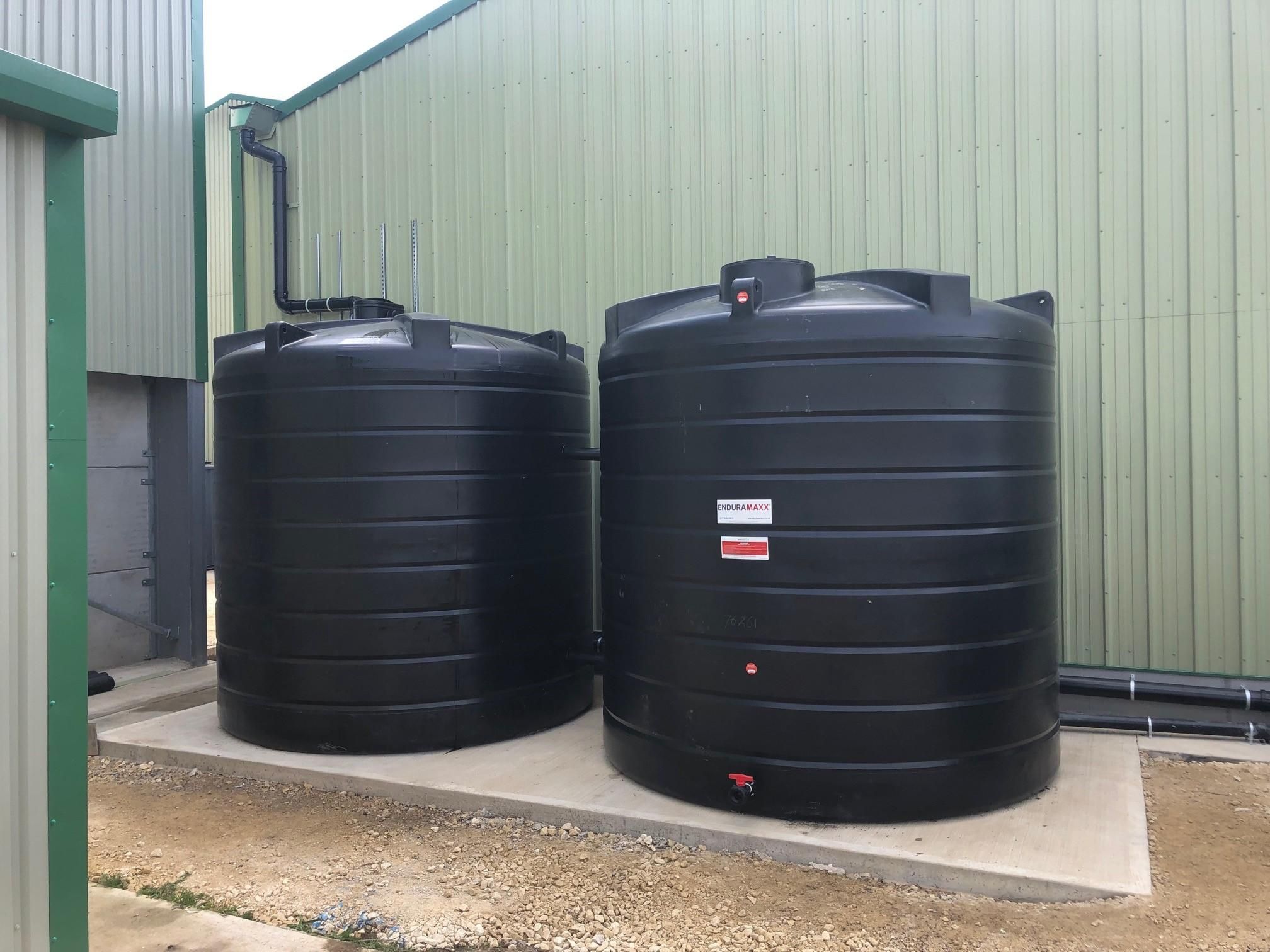 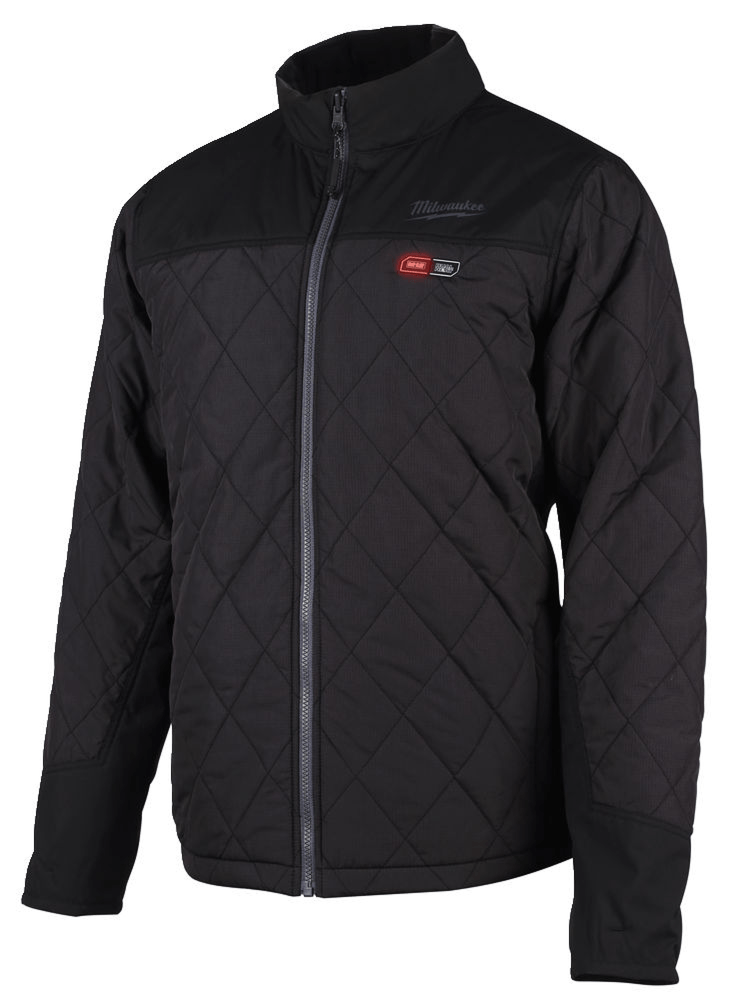 Heated jacket – interesting and useful working out all the elements 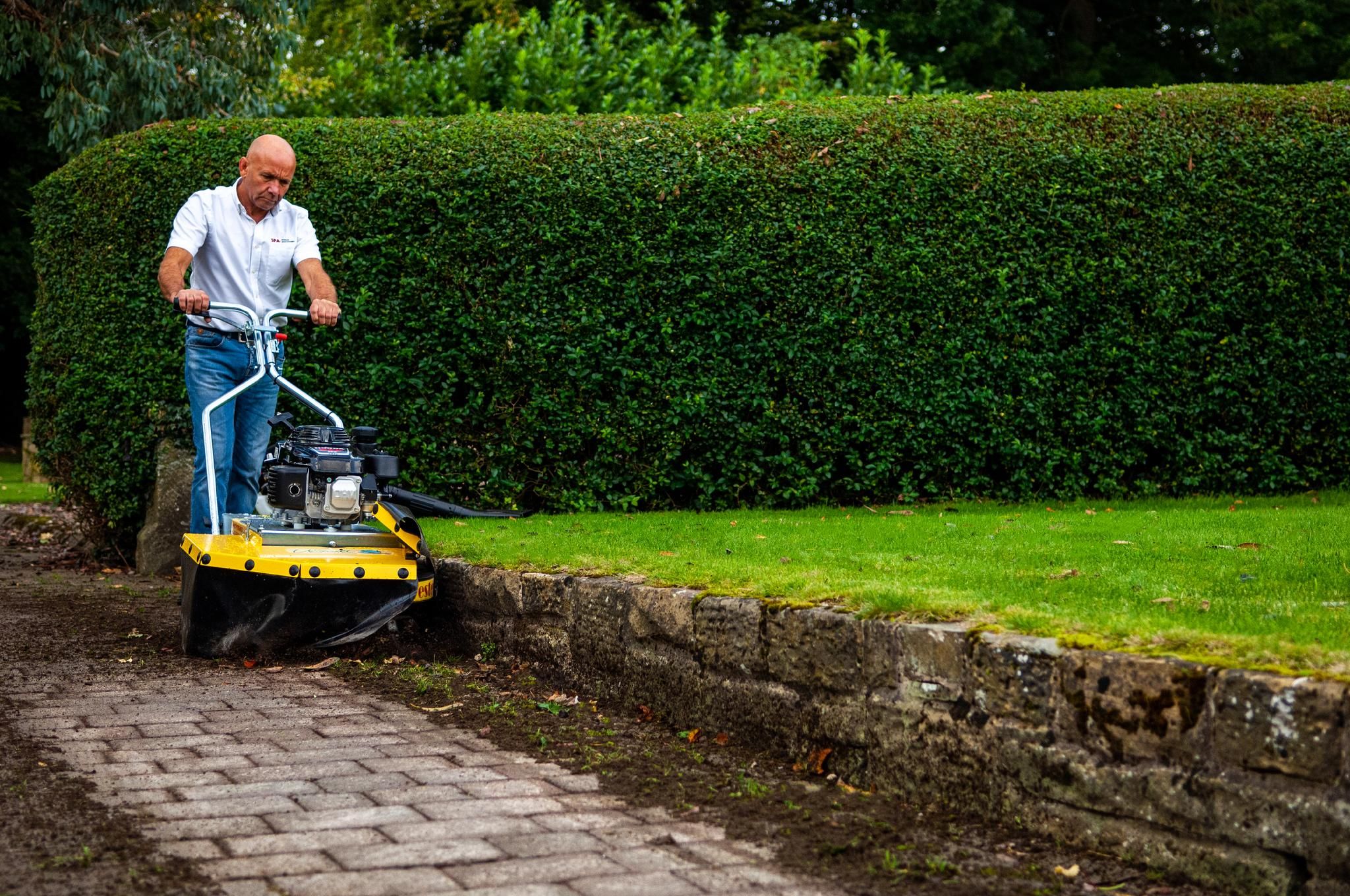 Negates use of chemical weed control and has a large market with multiple customers.

Winners will also be a part of the Innovation Trail, where visitors will be able to view the gold and silver medal winners for themselves at LAMMA and talk to the companies who put them forward, to see how they might best benefit their own farm or contractor business.

As well as the six category winners, an overall champion will be chosen by the judges on the first day of LAMMA. The Institution of Agricultural Engineers will also award the IVEL award to the best product for environmental innovation. 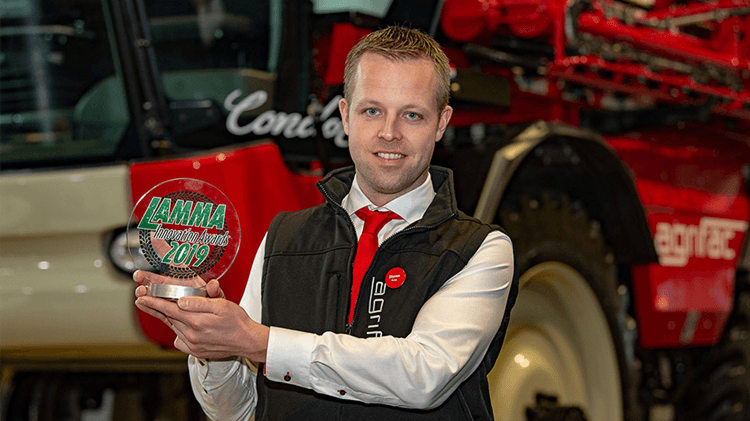 Hear from some of our 2019 winners

"Winning an innovation award for Versalok®, our steel post and clip system, has been hugely beneficial. The pre and post show publicity provided by LAMMA surrounding the winners was definitely influential in attracting interest from new customers as well as features in national and sector specific media. The well publicised innovation trail set up by the team at LAMMA during the show days provided a spotlight on the winners, guiding visitors to the winner's stands was a real benefit in terms of footfall. We would definitely recommend for companies to submit entries to the innovation award category at LAMMA 20"

"It's great for our marketing and PR performance as potential clients understand that our product will be a one that they can trust and rely on. Winning this award led to an increase in popularity at the show thanks to the 'innovation trail' which helped raise awareness of our brand and company." 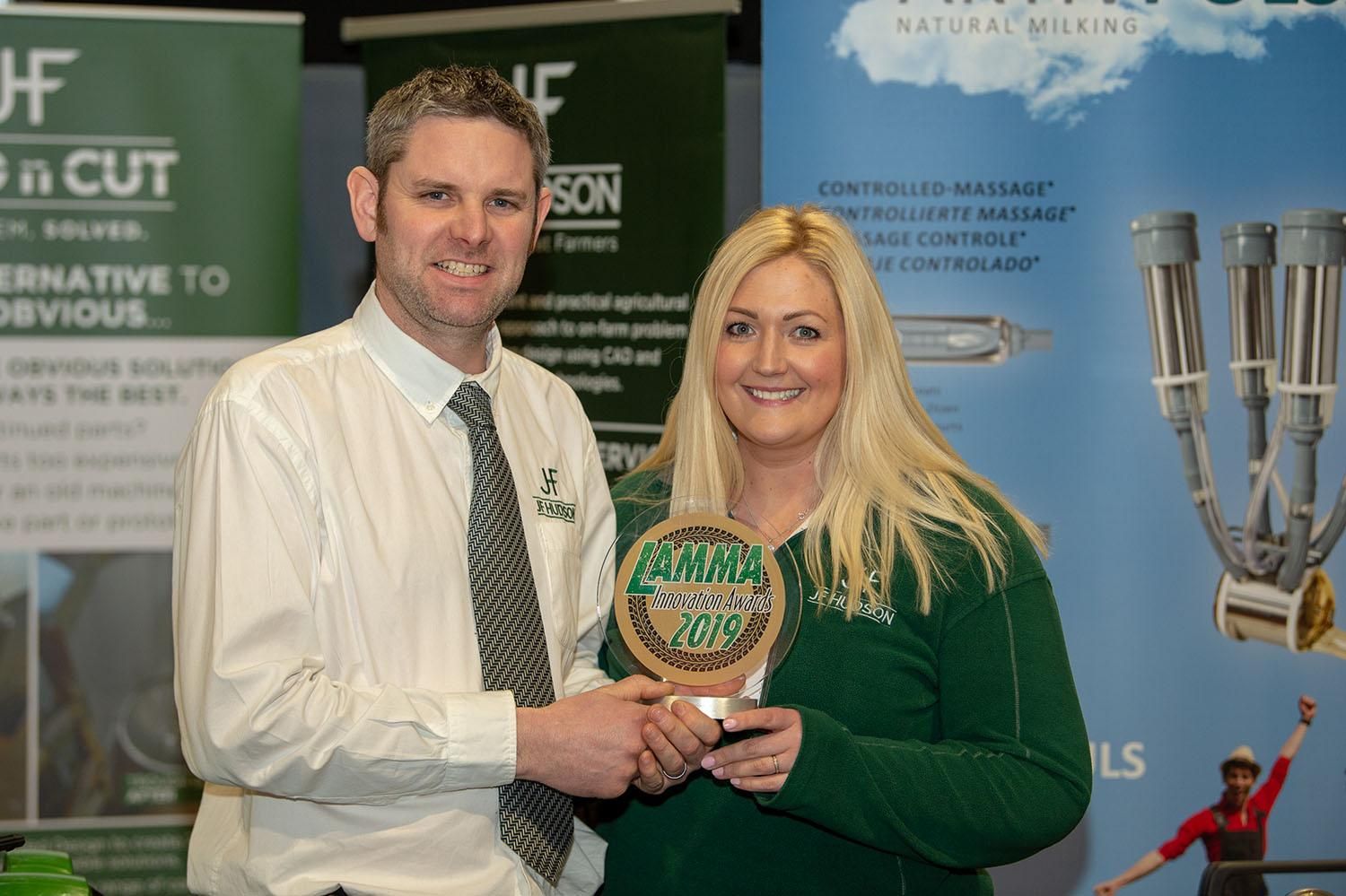 At the heart of the innovation is the liner which is said to create a more ‘natural’ milking experience, using lower vacuum levels. The liners feature seven zones to adapt to teats of all sizes and are said to last up to 320 per cent longer than conventional liners, while speeding up milking times by 8 per cent.

Ideal for agricultural contractors and farmers looking to diversify, the Herbst Compac Screen is a three-way split screener, able to be towed behind a tractor.

The screen consists of a screen box with a pan feeder, with material fed directly onto a two-deck screening area. Material is then separated into three different fractions, with the machine producing three-stock piles of material, says the manufacturer.

The screener features its own power unit and hydraulics, making it self-sufficient when parked up and operating on site, says Herbst.

Designed to replicate the movement characteristics of fruit and vegetables prone to damage and bruising during handling and transport, Martin Lishman has developed ImpacTrack, a low-cost data logger featuring a family of synthetic food shapes.

At the hub of each shape is a small data logger cube. Via Bluetooth transmitter, they allow real-time monitoring or recording of damage and temperature during handling at any stage from the field to the shop floor.

As well as picking up a silver innovation award, Veenhuis’ Nutri Flow was also recognised for its beneficial contribution to the environment.

The system was developed on the back of a requirement in the Netherlands for each load of liquid manure moved from farm to have a sample taken, analysed by a laboratory and recorded – an often lengthy and costly process.

To combat this, Veenhuis developed an analysis system which can be incorporated onto a slurry tanker or slurry application rig giving real time data analysis.

Able to be operated at up to 25 per cent lower pressure in the field than comparable VF (very high flexation) tyres currently in the market, Vredestein’s new Traxion Optimall tyre has been designed to improve traction while at the same time reduce soil compaction.

A key design trait is the highly flexible sidewall, which sees the shoulder area support the carcass at low pressure for extreme deflection, says the manufacturer.

For road work, a specially designed rigid upper bead zone supports the stability of the tyre at low pressure.

Inspired by the need for an easy-to-use and effective update to trailer lights, Connix is a wireless LED lighting set consisting of two magnetic LED lights and a seven pin plug.

With the ability to be used on practically any vehicle, the kit functions as indicators, hazard lights, brake lights, as well as a vehicle registration highlight.